Must See Attractions in Downtown Sitka

You’ve landed in Sitka and you are all settled in. With time to kill before your big plans, you find yourself looking for places that won’t take more than an hour of your time. Here’s our list of the best attractions downtown Sitka has to offer.

Want to see beautiful birds of prey up close? The Alaska Raptor Center is a 17 acre campus that rehabilitates sick or injured raptors. You will see up to 200 eagles, hawks, falcons, and owls from all over Alaska. It takes about an hour to see the birds, learn about their rehabilitation, and walk around the scenic grounds. The Alaska Raptor Center has 36,000 visitors annually, making it a popular attraction.

See a bird you like? Alaska Raptor Center has a bird “adoption” program where you can sponsor a raptor by paying for their food and medical care. You’ll receive an official adoption certificate, a photo, a biography, and a one-year membership to the the Alaska Raptor Center! 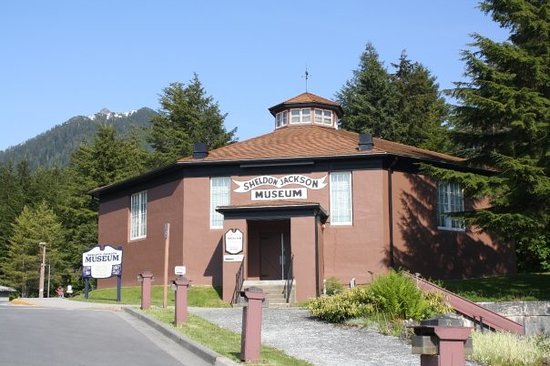 The Sheldon Jackson Museum was founded by Rev. Sheldon Jackson in 1888. He was a prominent pioneer during the late 1800s. He established a public school system, founded protestant missions, and brought domesticated reindeer to the area. Dr. Sheldon Jackson created the museum and collected the artifacts you’ll see throughout.

These historic items are from the Eskimo, Aleut, Athabascan, and the Northwest Coast cultures. The exhibits include tools, masks, carvings, dolls, and boats from native cultures. Prominent features include an Aleut baidark (skin-covered watercraft) and Tlingit dugout canoe. The Inupiat and Yup’ik cultures have the largest collection on display including baskets, ivory carvings, and clothing.

Reverend Dr. Sheldon Jackson’s goal was “…to provide and have on hand for study by the students the best specimens of the old work of their ancestors” (1887). Come see a major part of Alaska history. 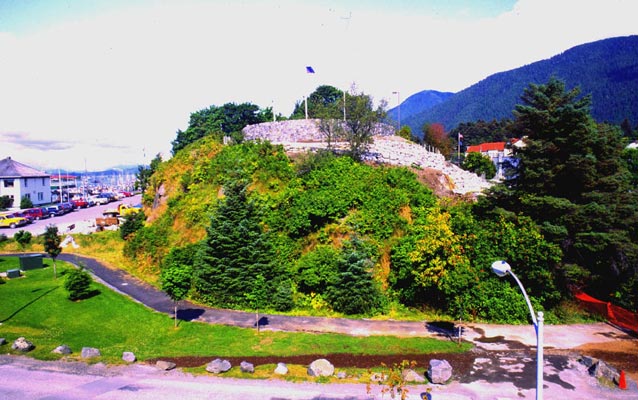 Castle Hill is a National Historic Landmark and state park. The hill was home to Tlingit and Russian forts due to an advantageous position overlooking the area. Castle Hill is also known as the American Flag-Raising site because it is the exact spot where Russian Alaska was formally given to the US in 1867. The 49-star US flag was flown from Castle Hill when Alaska officially became a state in 1959.

Castle Hill, also known as the Baranof Castle State Historical Site, is an excellent spot for the history buffs. A winding path provides tons of information with signs documenting the Tlingit Native fortifications, Russian military outpost, and the flag raising by the Americans. Plus, you can’t beat the view of Sitka once you reach the top! Fortress of the Bear

Toby, Lucky, Killisnoo, Chaik, Smokey, Bandit, and Tuliaan are the seven bears you can get within 25 feet from at the Fortress of the Bear The three-quarter acre habitat is up against the Tongass National Forest and only about 5 miles from the town center.

Fortress of the Bear houses injured, sick, or motherless bears for rehabilitation. The center works with the Alaska Department of Fish & Game to eventually release the bears back into the wild.

Learn about the brown and black bears from experienced guides with tours lasting about 30 minutes. The price of admission helps Fortress of the Bear take care of these gorgeous creatures.

After a big day out in Sitka, you’re going to want a nice meal and a comfy place to sleep. The beautiful Sitka Hotel and Restaurant would love to host you! Take a look at the rooms and the delicious meals we will prepare for you.